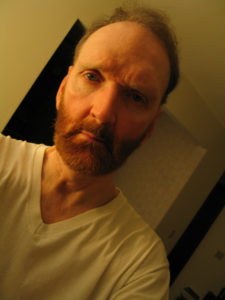 Robert Borski did not begin to write poetry until he was well into the middle of his sixth decade — hence his frequent description of himself as a late-blooming child prodigy — but since then has had well over 300 poems published in such venues as Asimov’s, Dreams & Nightmares, Strange Horizons, and Star*Line, as well as two collections of verse, Blood Wallah and Other Poems (Dark Regions Press) and Carpe Noctem (Weird House). He continues to live in Stevens Point, Wisconsin, where he works on behalf of the state university system.

Robert is a contributing author to the House of Zolo’s Journal of Speculative Literature – Volume 1 with the poem “BEASTS 2.0.”