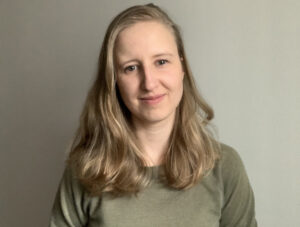 Polly Phokeev is an award-winning writer/playwright, born in Russia and based in Toronto. Her plays include the critically-acclaimed How We Are, The Mess, and Seams. How We Are holds the 2016 Safe Words New Canadian Play Award and the MyEntertainment World award for Outstanding New Work. She was a finalist in the 2019/20 Ellen Ross Stuart Awards, a member of Driftwood Theatre’s inaugural Playwrights Unit, and received the Jon Kaplan Legacy Fund’s 2019 Young Canadian Playwright Award. Her short story Stalwart Island was awarded second place in the 2021 Toronto Star Short Story Contest, and her work has also appeared in Accenti Magazine and Intermission Magazine. She is currently translating/adapting Mikhail Bulgakov’s The Master and Margarita into a new musical (with Crows Theatre, in collaboration with Mikaela Davies and Hailey Gillis), as well as completing her debut novel toward an MFA in Creative Writing with the University of British Columbia.

Polly is a contributing author to the House of Zolo’s Journal of Speculative Literature, Volume 3 with the short story “Margot and the Last City.”