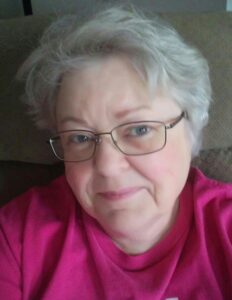 “A septuagenarian since last September, I remember well where I was on the very first Earth Day, April 22, 1970, lying on warm spring grass at the local community college in Monroe, Michigan, while other students, tens of thousands of them, took to the streets to protest not only the harm already being done to our environment, but in the hope of a more conscientious future. Although some progress has been made, in far too many ways that hope has failed to be realized. Needless to say, we must keep trying, the consequences of not doing so more apparent now than ever. I wasn’t among the students protesting on that first Earth Day; my “Apology To Earth” is sincere as well as long overdue.”

Terry obtained a BA in 1996 from Siena Heights University, and her work has appeared in anthologies, journals, magazines, and newspapers.

Terri is a contributing author to the House of Zolo’s Journal of Speculative Literature, Volume 3 with the poem “Apology to Earth.”